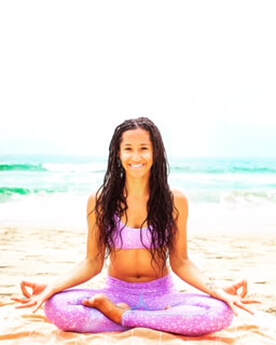 MONIKA MCKENZIE
​Monika is the grateful and proud owner of The Yoga Nest! This Bay Area native was first introduced to yoga eight years ago while living in Los Angeles, CA.  After many failed attempts at "fixing" her extreme anxiety through various medications, she decided to give yoga a try. She instantly fell in love with the practice, ditched the medication and has found her life to be infinitely happier and healthier ever since. In 2014, Monika became a certified instructor in yoga and Ayurveda. She has received additional training in Advanced Asana and Pranayama & Meditation through Julie Rader’s Mukti Yoga School at The Green Yogi in Manhattan Beach, CA.  Monika has taught all over Los Angeles and continues to teach in her home of Kona. She and her husband opened The Yoga Nest with the goal of providing an inclusive, peaceful and serene yoga studio to the Kona community. Whether guiding students through a sweat-filled power flow or a relaxing restorative class, Monika teaches with the intent of connecting us back to soul energy and our intuitive body. She is a lover of the earth, the sea, playtime, rest, and all things healing. Her classes are tailored to reflect that love. 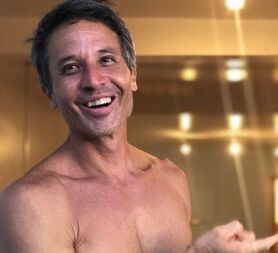 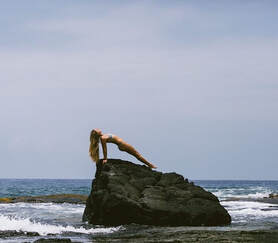 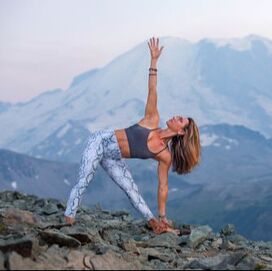 ELLI YOKOCHI
Elli believes in the potency of yoga as an integrative mind, body and spirit practice.  She loves the alchemical healing power, the soul nourishment and the eternal teacher that a dedicated yoga practice can be. Teaching yoga is a gift to her and through her; an act of devotional service and love.
Elli has been practicing yoga since 2000, however, it wasn’t until her own healing journey with traumatic brain injuries and adrenal fatigue, that she really deepened her practice. She was unable to even attend a yoga class for a few years because of her severe fatigue and post-concussion symptoms, therefore developed her own practice that would heal and energize her.  This is ultimately what led her to study energy healing, shamanism, all things metaphysical, and to complete her RYT 200 hour power vinyasa training at FlyDog Yoga in Charlottesville, VA in 2015.  Additionally, she has completed a 50 hour yin teacher training at Bala yoga in Seattle.  She taught in the Seattle area until moving to the Big Island in 2020. All of this, her background with an MS and BA exercise physiology, and the boundless unfolding of life are what informs her teaching style.
Teaching a yoga class is like improvisational art. With that in mind, Elli purposefully brings grounding energy, intuitive presence, and openness to what the moment invites. Her students love her creative flows, and intelligent sequences that often build to a challenging peak pose.  She may lead you to “your edge” so that you expand your boundaries, or draw you “back home” to the beauty of your core. Either way, she invites embodiment, self-love, and even laughter.

Elli’s intention is to inspire heart-centered alignment and awaken you to the freedom of your infinite-self.  She is grateful to offer sacred space in moon ceremonies, workshops, international retreats, and weekly classes.

CHAD CAMPBELL
Chad Campbell is a lifelong surfer and yoga lover from Kona on the Big Island of Hawaii.  Chad found yoga as a means to heal after a surfing injury and it has been a part of his life ever since.  After building a strong asana practice, Chad ended up getting his teaching certification through Mukti Yoga School.  He now has a deep appreciation for all 8 limbs of yoga and is very grateful for the practice. He was certified by Julie Rader (aka Sensei), and Linda Baffa of Mukti and has been teaching off and on since 2010. Chad's flows are fun, alignment based, sometimes musical, sometimes quiet, with a bit of "philosophy" sprinkled in. His influences are Aaron Duncan, Julie Rader, Shane Dorian, Jack Kerouac, Tenzin Gyatsu, Jack Burton, Wu-Tang Clan, and most obviously the Ocean.
wwww.surfyogasurf.com @chadkcampbell 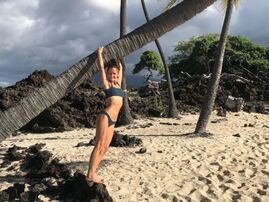